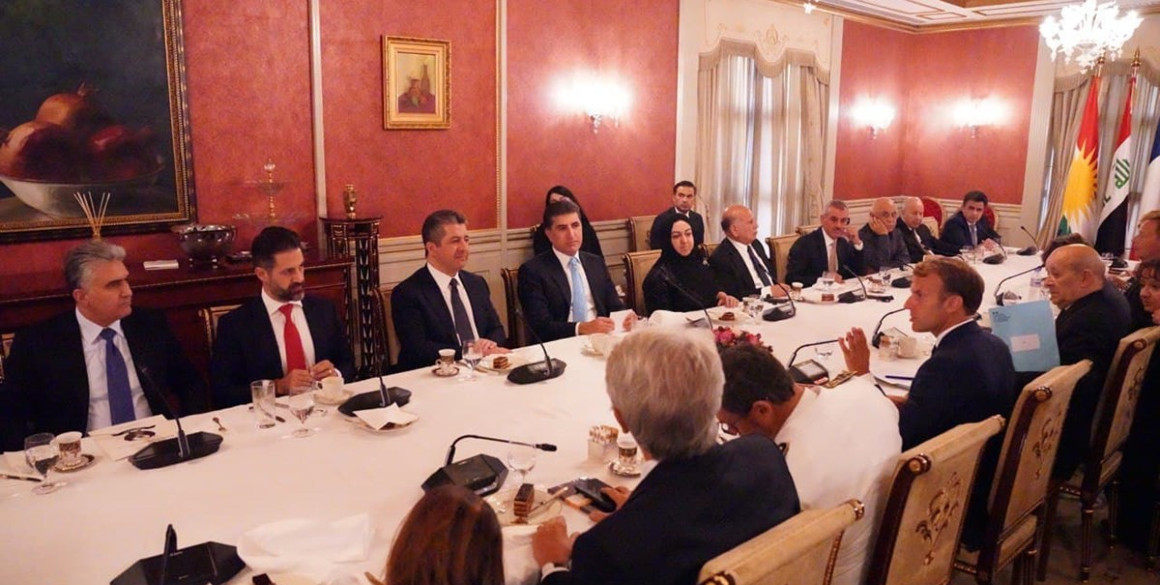 The Prime Minister welcomed the President’s first historic visit to the Kurdistan Region as a testament to the longstanding and close relationship between the two nations, and expressed gratitude for France’s unwavering support throughout the years.

PM Barzani also thanked President Macron for reaffirming that France will not abandon its allies and will remain committed to its partners in the region.

Prime Minister Barzani noted that beyond its support to the Kurdistan Region’s Peshmerga Forces in the fight against the Islamic State, France continues to play an important role in promoting stability in the wider region.

He highlighted the need for the international community, and France in particular, to continue working with KRG and the Federal Government of Iraq to resolve structural problems in the country and reduce tensions between Erbil and Baghdad, notably on the security situation in Shingal and the dignified return of IDPs to the area.

President Macron stressed the importance of the friendly relations between the two nations and reiterated his country’s readiness to support the Kurdistan Region.