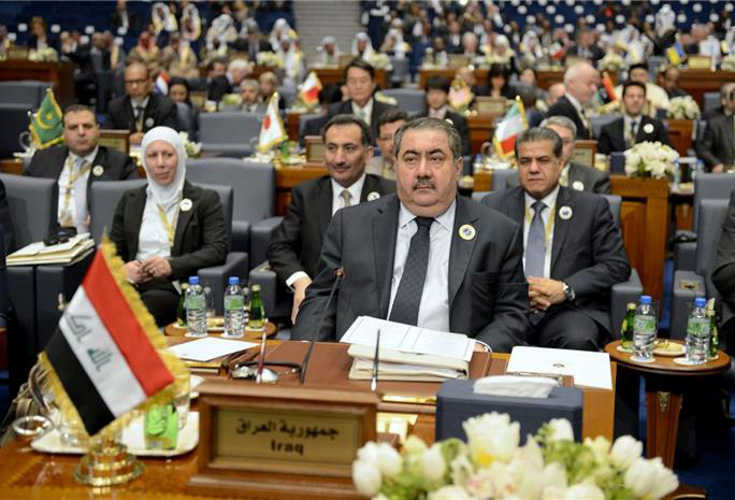 Minister Zebari was accompanied by the representative of the Kurdistan Regional Government, the Head of the Department of Foreign Relations, Minister Falah Mustafa. The aim of the donor conference was to gain further humanitarian assistance for the Syrian refugees and internally displaced people who have been affected since the start of the conflict in March 2011. The conference was opened by the Emir of Kuwait, Sheikh Sabah Al-Ahmed Al-Jaber Al-Sabah and chaired by the UN Secretary-General Ban Ki-moon. As the host of the conference, the Emir urged the international community to get together in order to help those who have been affected by the Syrian conflict and pledged $500 million to the cause.

Mr Ban Ki-moon thanked the Emir of Kuwait for his generosity and hospitality, and encouraged the international community to continue providing humanitarian assistance to the refugees who have paid the biggest price for the ongoing war in Syria. During his opening speech, the UN Secretary-General thanked all countries and international organizations for their presence and active participation. Valerie Amos, the UN Under-Secretary-General for Humanitarian Affairs and Emergency Relief Coordinator, Antonio Gutierrez, the UN High Commissioner for Refugees, and others addressed the conference and urged countries to make donations to meet UN’s $6.5 billion appeal for Syria.

Minister Zebari emphasized that military intervention was not the solution to the conflict in Syria, pinning hopes on the Geneva II Conference which is set to take place later this month.
This year Iraq pledged $13 million in addition to the $58 million it has already contributed in relief funds to the Syrian refugees and IDPs in Iraq. The Kurdistan Region has seen a large influx of Syrian refugees in addition to the thousands of Iraqi families that have fled to the Region as violence continues in other parts of Iraq. There are currently over 250,000 Syrian refugees in Iraq, including those who are registered and non-registered. The vast majority are in Kurdistan.

The KRG has so far provided $70 million in relief funds including the provision of basic needs such as food, shelter, clean water and sanitation, as well as emergency health care. However, the KRG is overstretched and has been calling for urgent international assistance.

Minister Mustafa, highlighted the importance of the conference as well as the role Kuwait and the UN have played in helping the vulnerable people fleeing Syria. ‘The KRG is committed to helping the refugees and appreciates any contributions made,’ he said, adding that the need to end the violence is of paramount importance.

The United States of America was among the most generous donors, contributing $380 million. The one-day conference concluded with donor countries pledging a total of $2.4 billion to help the Syrian refugees. This exceeds the $1.5 billion raised during last year’s International Humanitarian Pledging Conference for Syria.

In the margins of the conference, the Iraqi delegation, led by Minister Zebari and including KRG Minister Mustafa, met with the Prime Minister of Lebanon, Najib Mikati, and Kuwait’s Deputy Prime Minister and Foreign Minister, Sheikh Sabah Khalid Al-Hamad Al-Sabah, to discuss bilateral relations, the Syrian crisis and the Geneva II Conference.