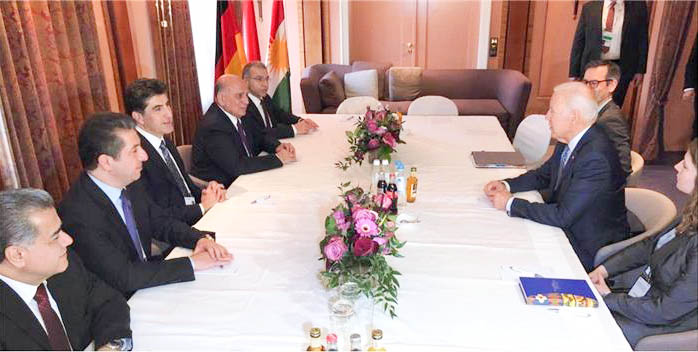 In each meeting, Prime Minister Barzani assured its allies the Kurdistan Region’s commitment to rebuild confidence through dialogue. He further reiterated the KRG’s readiness to resolve all outstanding issues with the Iraqi federal government on the basis of the Iraqi Constitution.

In the meeting with the Iranian foreign minister the current situation in Syria as well as the necessity for a peaceful solution were discussed.

The talks also reflected bilateral relations, regional and global developments, the fight against terrorism, the upcoming elections in Iraq and the Kurdistan Region and the latest progress in the talks between the Erbil and Baghdad.