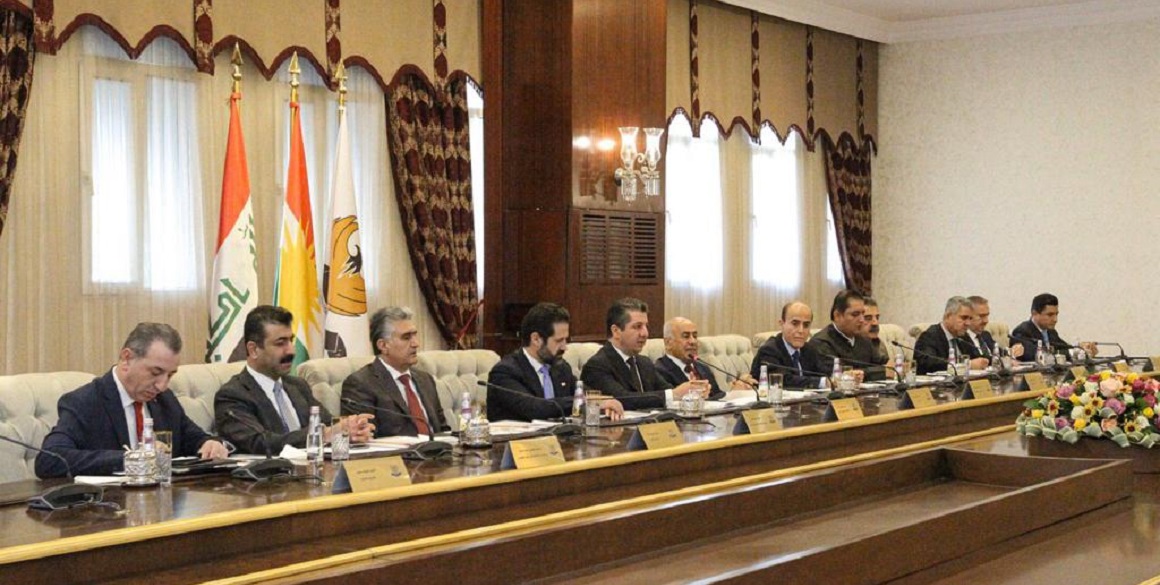 The Kurdistan Regional Government’s Cabinet met on Wednesday 23 October to discuss the evolving situation in Iraq and Syria. Underscoring the need for stability in Iraq, Prime Minister Barzani outlined how a strong partnership between the federal government of Iraq and the Kurdistan Regional Government would strengthen the country’s ability to protect its people and withstand shocks in the region.

Prime Minister Barzani reminded his cabinet of the need to support the reforms and the constructive steps taken by the federal government of Iraq, both in response to the protesters’ demands and to continue towards building a better country. Mindful of the current demands on the federal government of Iraq, Prime Minister Barzani noted that the Kurdistan Regional Government would rely heavily on the international community for additional humanitarian assistance in the wake of the crisis in north eastern Syria.