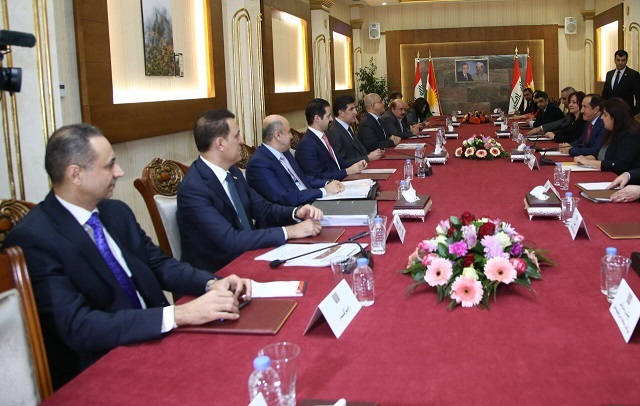 In the meeting both sides discussed a number of pressing issues related to the current situation in the Kurdistan Region. They shed light on budget options for the 2018 fiscal year, relations with Baghdad, Kurdistan oil production, mechanisms to pay back debts, fighting corruption, transparency, reforms and efforts to protect the constitutional rights of the Kurdistan Region.

The KRG and Parliament officials stressed on the importance of continued cooperation and coordination between the Kurdistan Government and Parliament and agreed that priority should be given to securing the salaries of the public sector employees, conducting reforms and auditing in the payroll systems of the Region.