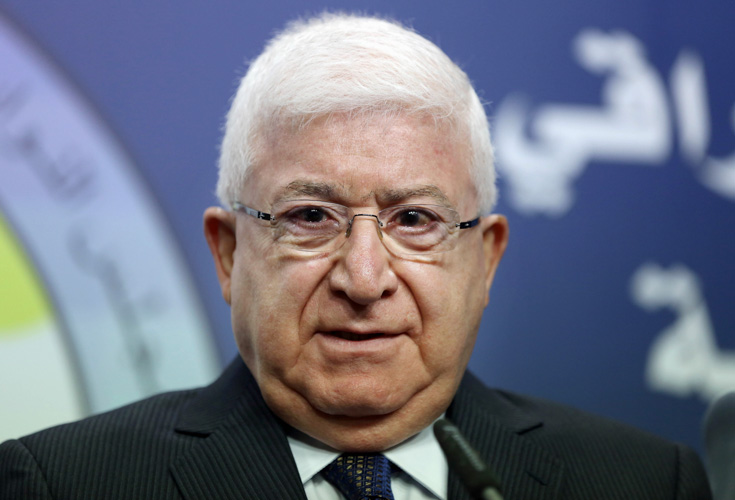 On 24 July 2014 Kurdish politician Dr. Fuad Massoum was sworn into office as the newly elected President of the Republic of Iraq. KRG Prime Minister Nechirvan Barzani congratulated President Massoum in an open letter, expressing his hope for renewed commitment to, and preservation of, the Iraqi Constitution. Dr. Massoum is the third president to be elected by the Iraqi parliament since the fall of the regime of Saddam Hussein in 2003 and is the successor of President Jalal Talabani.

Please find below a copy of the letter.

Dr Fuad Massoum, esteemed President of the Republic of Iraq,

On the occasion of your election by the Iraqi Council of Representatives as President of the Republic, we present you our warmest congratulations and wish you success.

You have attained noteworthy experience in politics, administration and governance in Kurdistan. In recent years you have played a significant role in the political process in Iraq, having contributed to the drafting of the new Iraqi Constitution, as president of the Iraqi transitional national assembly, and as head of the Kurdistan Alliance bloc.

We hope that you will be able to fully watch over the Constitution and rectify all those violations committed against it, violations which have resulted in the deterioration of the political process and consensus made among the parties and components of Iraq. This has consequently led to the emergence of major crises in Iraq, destroying the lives of hundreds of thousands of Iraqi families and paving the way for extremist militant groups to gain a foothold in Iraq.

We hope that you will be the protector of the rights of all the peoples of Iraq; this comes through the preservation of the Iraqi Constitution. We also hope that you hasten the rectification of all violations committed against the people of Kurdistan, particularly those abuses committed during the current year.

We congratulate you once again and wish you success.