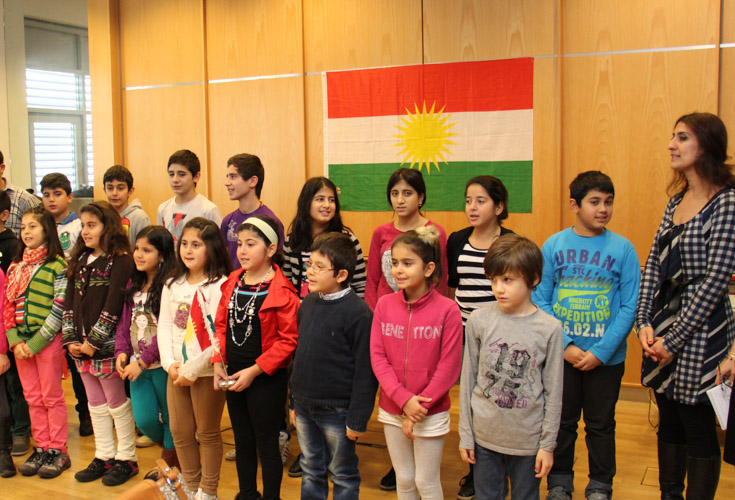 Austria has always been sympathetic toward the cause of the Iraqi Kurds. During the 1970s and 80s it did not only take in refugees in dire conditions, but Austria also engaged on the ground and provided vital humanitarian aid. Since the arrival of the first Iraqi Kurdish refugees in 1976, an active Kurdish community has evolved in Austria. Especially Vienna turned into a central point of reference for the exiled Kurds that had to leave their home lands due to expulsion and persecution by the regime of Saddam Hussein.

While Vienna still hosts the largest Kurdish community in Austria, numerous Kurds also live in Graz and Linz. Many of the refugees in the 1970s and 80s completed their university education in Austria and have become advisors, ambassadors and members of parliament today, helping to shape the future of the Kurdistan Region of Iraq.

Tradition and Culture
During the 1970s and 80s, the cultural activities for Kurds were organised mainly by student organisations. Active student societies in Austria included the Kurdish Student Society in Europe (KSSE) and the Association of Kurdistan Students Abroad (AKSA).

Further examples for cultural activities are the Lalish Theatre, dedicated to the conveying of songs, dancing and performance, or the kleine galerie which has developed into a renowned Viennese institution and is led by a Kurd. Also, a number of Kurdish musicians are active in Austria. Jointly with artists from all over the world, the internationally successful project scurdia was co-founded by a Kurd in Graz.

The Kurdish Yezidi community as well as Christians from Iraqi Kurdistan have their own religious associations in Austria.

Another popular pastime is sports. An excellent example is FC Newroz, which came into being in 2007 and has been able to win the championship in their league of the Viennese diocesan sports society.

Language and Research
Since 2004 the Kurdish school in Vienna provides language teaching and organises leisure activities for children as well as interested adults. Furthermore, the Institute for Kurdology was established in 1994 to approach the topic of Kurds in a scientific manner. Since its establishment in 1994, the Viennese institute considers itself a “bridge between Austria and Kurdistan”. Apart from publishing books in Kurdish and German, the institute maintains a publicly accessible library and organises various workshops.

10 years ago the internationally operating Centre of Halabja against Anfalization and Genocide of Kurds (C.H.A.K) opened a branch office in Vienna. It realises awareness-raising activities on the persecution of Kurds under Saddam Hussein’s regime and regularly organises conferences.