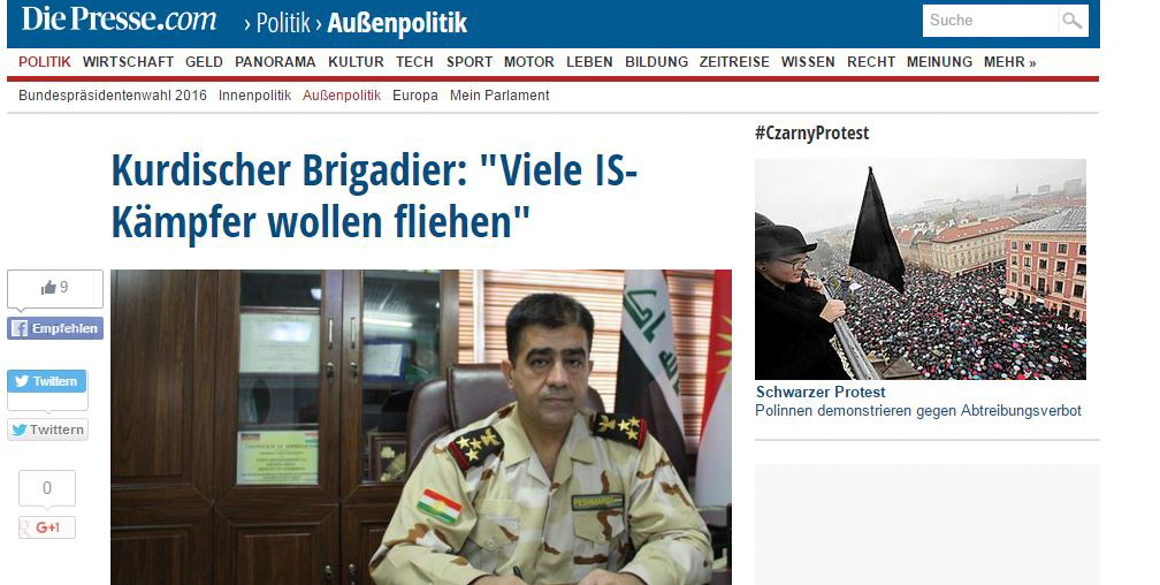 In an exclusive interview in the Austrian newspaper DiePresse, Kurdish Brigadier Hazhar Ismail talks about the current status of the Mosul offensive, the achieved success of the Peshmerga forces, the strategies of the Islamic State as well as the future approach in the liberation of Mosul.

In the first day of operations, the Peshmerga liberated nine villages and 200 square kilometres of IS territory. Nevertheless, the Brigadier assumes that there are in total more than 4000 IS-fighters in the city of Mosul, adding that thousands of more fighters are stationed in the area around Mosul.  The biggest challenge of the liberation is the fact that there are still more than one million civilians in the city which IS might potentially use as human shields. What is more, Brigadier Hazhar Ismail states that the Islamic State is in possession of chemical weapons which it may use as psychological warfare.

There is reason to fear that the Islamic State would continue attacks and fight for its existence even after the liberation of Mosul. Therefore, the coordination with the Iraqi forces as well as the coalition troops needs to be kept up. Brigadier Ismail argues that it is crucial for the coalition troops to remain after the liberation in order to support the Peshmerga and the Iraqi troops in the post-liberation era.