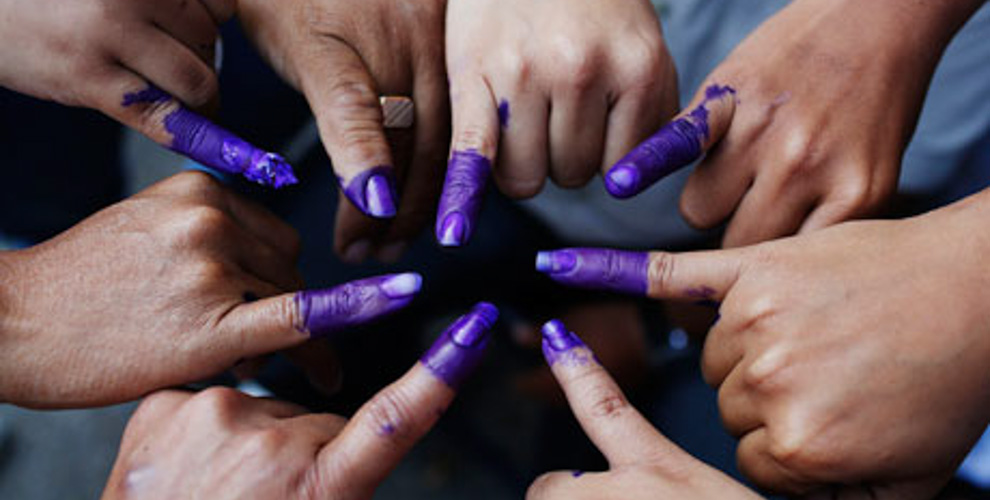 Erbil, Kurdistan Region, Iraq (KRG.org) – Elections for the Iraqi parliament and the provincial councils of Erbil, Slemani and Duhok went ahead peacefully and with a high turnout ‎in the Kurdistan Region.

The Kurdistan Regional Government has worked closely with the Independent High Electoral Commission of Iraq in the run-up to the election to ensure a free and fair vote in the Kurdistan Region. There were over 1250 local and over 280 international observers monitoring the elections in Kurdistan, including teams from the United Nations, many of the consulates based in Erbil, the Arab League, and foreign and domestic non-governmental organisations.

The US Secretary of State John Kerry said, “Millions of Iraqis courageously voted today and reaffirmed not just their commitment to democracy, but their determination to achieve a more secure and peaceful future. Iraqis from every ethnic and religious group, and from all 18 provinces, [voted] in an election critical to advancing the vision of a democratic, united, federal, and pluralistic Iraq as defined in the Iraqi constitution.”

Other governments also issued statements supporting the electoral turnout. British Foreign Secretary William Hague said, “Despite the serious challenges that Iraq faces, it is inspiring to see that millions of Iraqis have seized the opportunity to choose their new government and I pay tribute to their courage and commitment to the future of their country.”

The Special Representative of the Secretary General for Iraq and Head of the UN Assistance Mission in Iraq (UNAMI), Nickolay Mladenov, said whilst visiting a polling station today that “Iraqis face tight security measures, yet are determined to vote in an election, crucial to democratic transition.”

Iraq’s federal elections will determine the composition of the federal parliament and eventually lead to the formation of the next Iraqi government. Kurdistan Region’s provincial elections will determine the governing councils of the Region’s governorates, which will be tasked with choosing governors for each province. IHEC will release official results for both the federal and provincial elections after the votes have been counted and registered complaints regarding the voting process have been investigated.