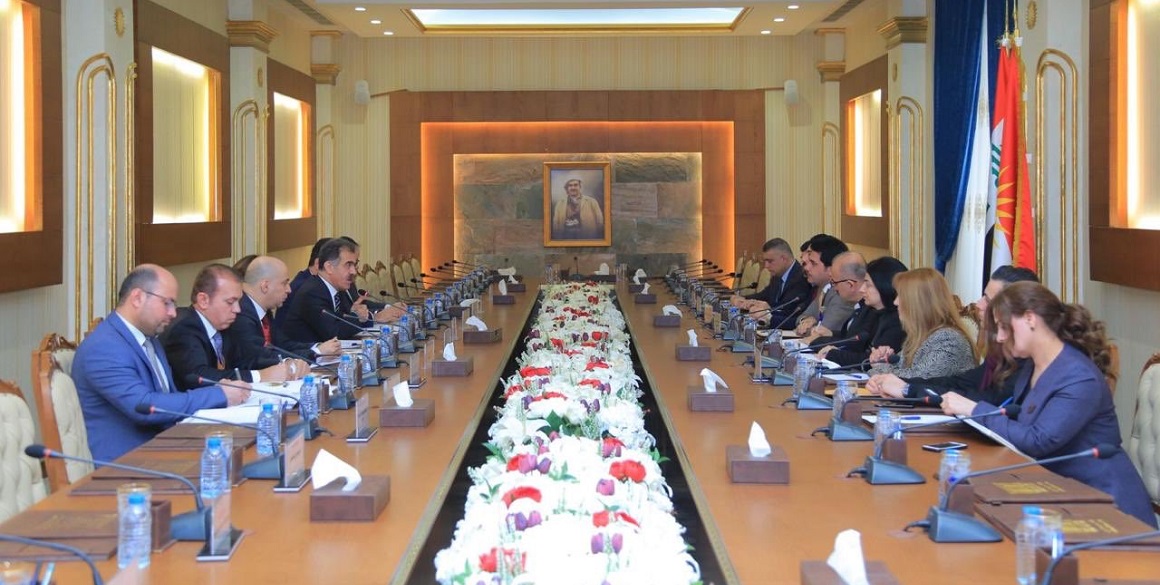 A delegation from the KRG Department of Foreign Relations (DFR) headed by Minister Safeen Dizayee visited the Kurdistan Parliament to meet Deputy Speaker Hemin Hawrami and the Relations and Kurdish Diaspora Committee headed by its chair, Dr. Rebwar Babkayi.

During the meeting, the DFR officials and the MPs discussed three main subjects: The developments in Kurdistan and Iraq and the tensions between the US and Iran; the mechanisms for strengthening the KRG’s ties with the international community; and cooperation on the Diaspora Bill.

Minister Dizayee responded to the MPs’ questions including how to coordinate with Parliament on issues that concern the Kurdish community abroad.