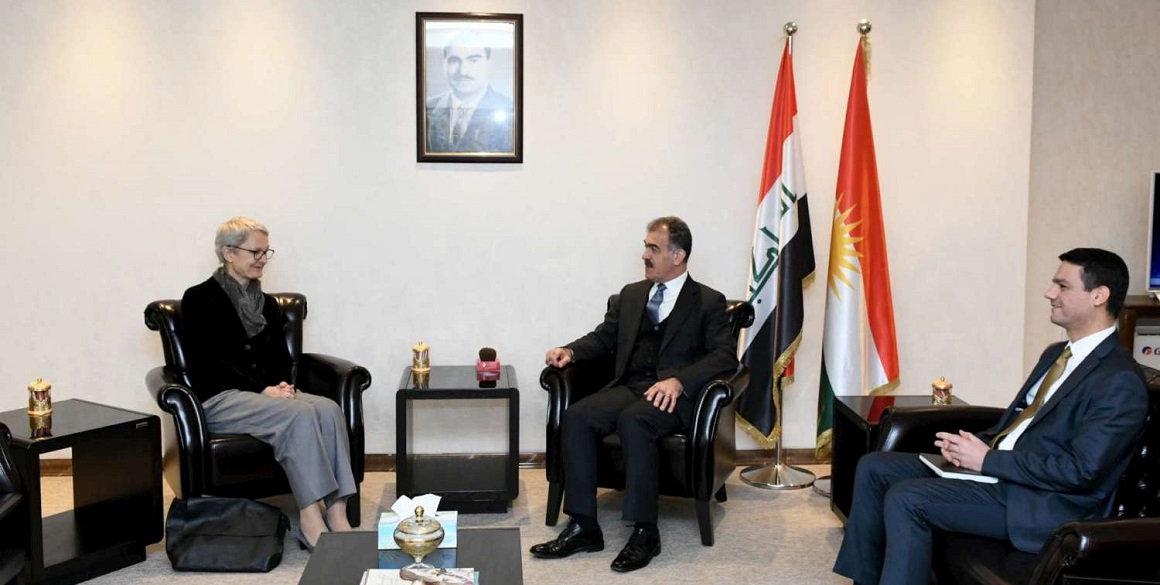 Had a useful and cordial discussion with Germany’s Consul General Barbara Wolf in @Kurdistan on @GermanyInKRI‘s works and plans for more engagement. We also highlighted our strong bilateral relations and areas of common interest. pic.twitter.com/L76wbcapXu

Minister Safeen Dizayee met with Ms. Barbara Wolf, the Consul General of the Federal Republic of Germany in Erbil at the Department of Foreign Relations.

During the meeting, Minister Dizayee and Consul Wolf discussed works and activities of Germany in the Region, and plans for future engagement in areas of mutual interest.

The political process and latest developments in the country, as well as Kurdistan Region and Germany strong bilateral relations and continued cooperation were among the topics of the discussions.