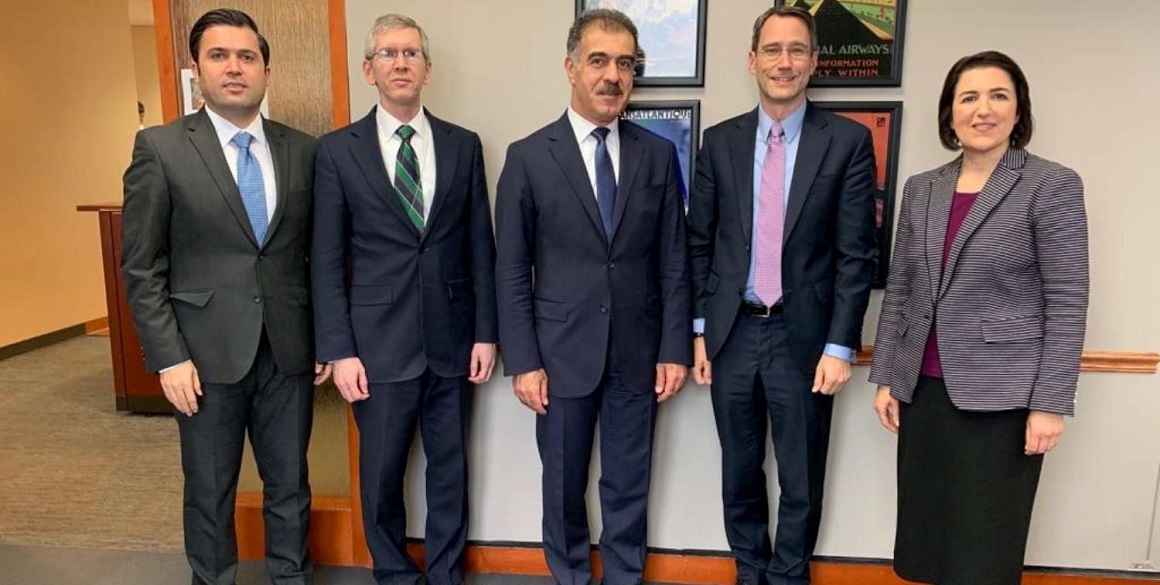 Minister Safeen Dizayee’s visits in the US

The Head of the Kurdistan Regional Government (KRG) Department of Foreign Relations (DFR), Minister Safeen Dizayee, conducted a productive week in Washington with meetings with senior US officials at the White House and the departments of State, Energy, and Defense. In his first visit to Washington as Head of DFR, he outlined the new KRG Cabinet’s agenda and shared views on key areas of mutual interest pertaining to Kurdistan, Iraq, and the wider Middle East.

Minister Dizayee, accompanied by KRG Representative to the United States Bayan Sami Abdul Rahman, visited the White House to meet Vice President Mike Pence’s team to discuss a range of pressing political, security, economic, and humanitarian issues. The Minister thanked the White House and the American people for their continued support to the Kurdistan Region in general and the Peshmerga in particular.

At a lunch meeting with the Kurdish American Congressional Caucus, Minister Dizayee briefed the chair of the Caucus and other Representatives on a diversity of topics related to stability in Kurdistan and Iraq. He thanked them for their staunch support over the years.

Focusing on international development and finance issues, the delegation also had fruitful meetings with representatives of the World Bank and the International Monetary Fund.

Prior to arriving in Washington, Minister Dizayee had met with Kurdistani community members in Michigan and Virginia.

Follow this link to watch Minister Dizayee’s interview with Kurdistan24, where he talks about his visit the US, regional stability, and the implementation of the Iraqi Constitution.

Meeting with senior US officials