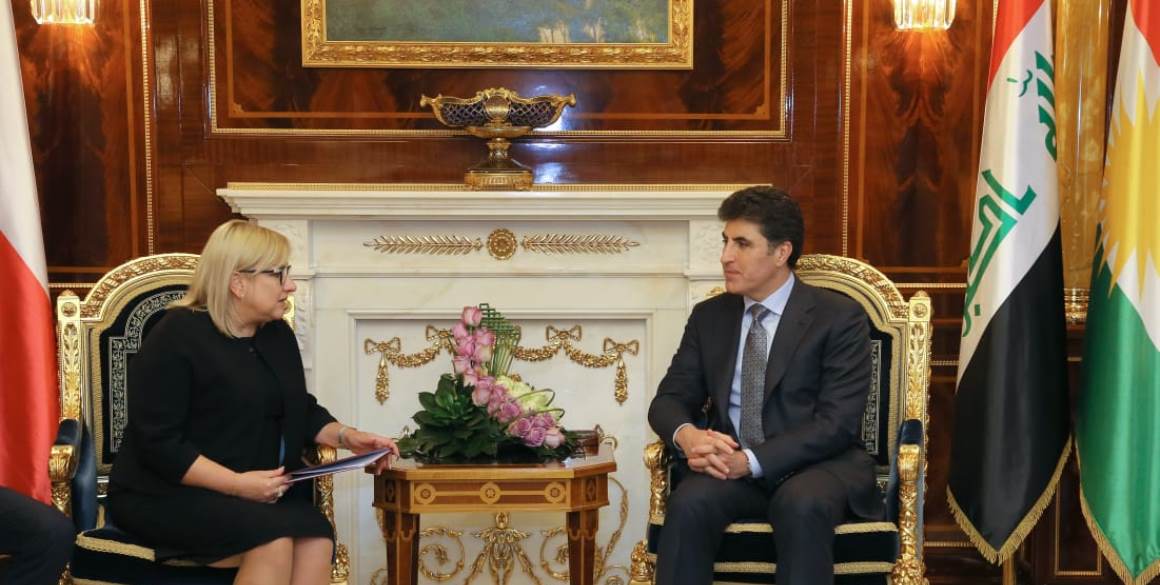 Ms. Kempa praised the people and the government of the Kurdistan Region for having sheltered and offered assistance to a large number of refugees and displaced persons who fled terrorism. She considered that further international community’s assistance to the displaced is needed and expressed Poland’s government willingness to contribute to alleviate this situation.

Prime Minister Barzani expressed hope that the delegation will have a clear picture about the situation of the displaced, stressing that the KRG will continue to promote the principles of religious harmony.

The Prime Minister also stressed the role of the Peshemerga as well as the people of Kurdistan in the protection of the different communities of Kurdistan during the fight against ISIS. He also thanked the international and local non-governmental organizations for their assistance to the displaced and the refugees.

He concluded by expressing his hope that Poland will brief other European Union countries about the situation of the displaced persons and refugees to encourage them to help improving their living conditions.