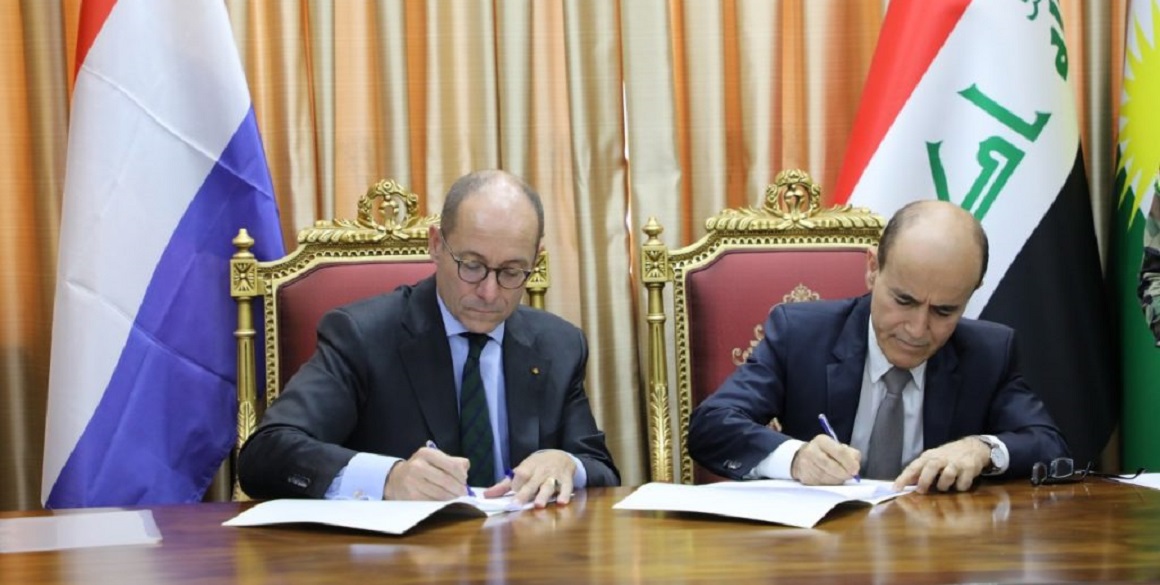 Ministry of Peshmerga progresses in its Reform Agenda

The KRG Ministry of Peshmerga (MOPE) is progressing in its reform agenda aiming at the unification and the improvement of all Peshmerga forces.

The MOPE signed a Memorandum of Understanding with Mr. Willem Cosjin, the Netherlands’ Consul General in Erbil, regarding the Dutch participation in the Peshmerga reform process. The Minister of Peshmerga, Shorsh Ismael, thanked the Dutch authorities for their precious help. The Dutch Consul General stated that the Dutch civil and military consultants are glad to join German and British colleagues in helping implement the reform of the KRG military.

In another meeting, representatives from the Ministry of Peshmerga, the Board of Reform and the International Coalition discussed recent progress and set out their preparation for the MOPE’s High Commission meeting.