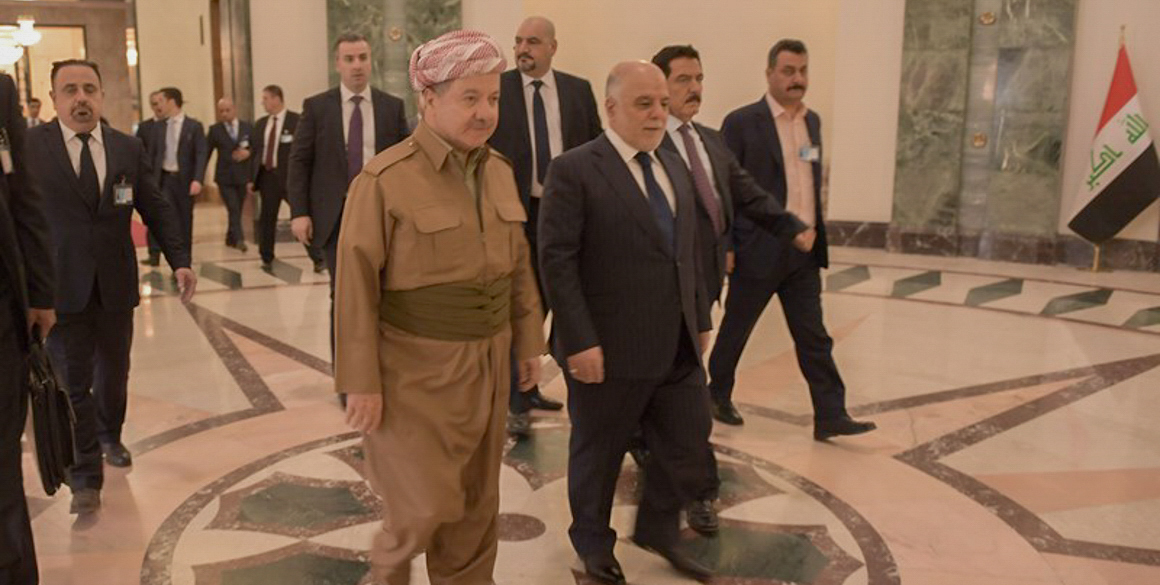 President Masoud Barzani and a senior political delegation visited Baghdad last week in order to prepare for the liberation of Mosul and to strengthen the relations between Erbil and the Iraqi Federal Government. The delegation accompanying President Barzani was received by Iraqi Prime Minister Haider al-Abadi and a number of his cabinet officials.

President Barzani and the Iraqi Prime Minister discussed the details of the Mosul operation, particularly the various roles of the different players in the operation that have been set out recently between the US-led coalition, the KRG and the Iraqi Federal Government. In this context, President Barzani emphasized the relevance of being fully prepared for the post-liberation period in Mosul as well as the importance of dialogue between the different political factions working together in this operation.

In the course of the meetings, the Iraqi Prime Minister praised the resilience of the Peshmerga against the terrorist organization ISIS and emphasized his wish to resolve the issues between Erbil and Baghdad. President Barzani additionally attended several high-ranking meetings with different Iraqi parliamentary blocs in Baghdad.

The KRG delegation met with delegations from the Sadrist bloc, the al-Wataniyyah bloc and the al-Arabiyya bloc, discussing the value of their relations. The delegation furthermore visited the President of Iraq, Dr. Fuad Masum, while the two presidents discussed the latest political developments in the Kurdistan Region in particular and in Iraq in general.

The visit to Baghdad ended with a press conference held by President Barzani and National Alliance leader Mr. Ammar al-Hakim summarizing the focal points that had been discussed between the two sides.