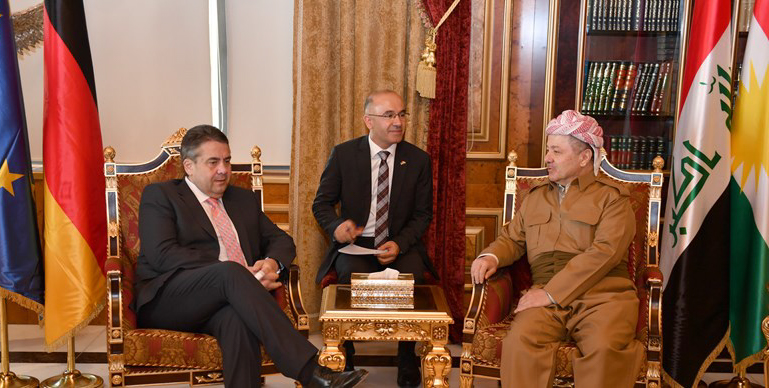 President Masoud Barzani received a high level German delegation headed by Sigmar Gabriel, the Vice Chancellor and Federal Minister of Foreign Affairs. During the meeting President Barzani and Mr. Gabriel spoke of the latest developments of the Mosul operation, the current independence referendum in the Kurdistan Region and other relevant topics.

President Barzani emphasized on the importance of planning for post-liberation Mosul as the previous order will certainly lead to further problems and that the mosaic of Mosul needs to be fairly represented in the period after the liberation of the city from the terrorists.

The President and Vice Chancellor Gabriel also discussed the planned independence referendum in the Kurdistan Region. President Barzani stated that the people of the Kurdistan Region have a legitimate right to self-determination, adding that that process must be done through dialogue and peaceful negotiations.

President Barzani and Vice Chancellor Gabriel ended their meeting with a press conference where tens of local, regional and international media outlets were present.