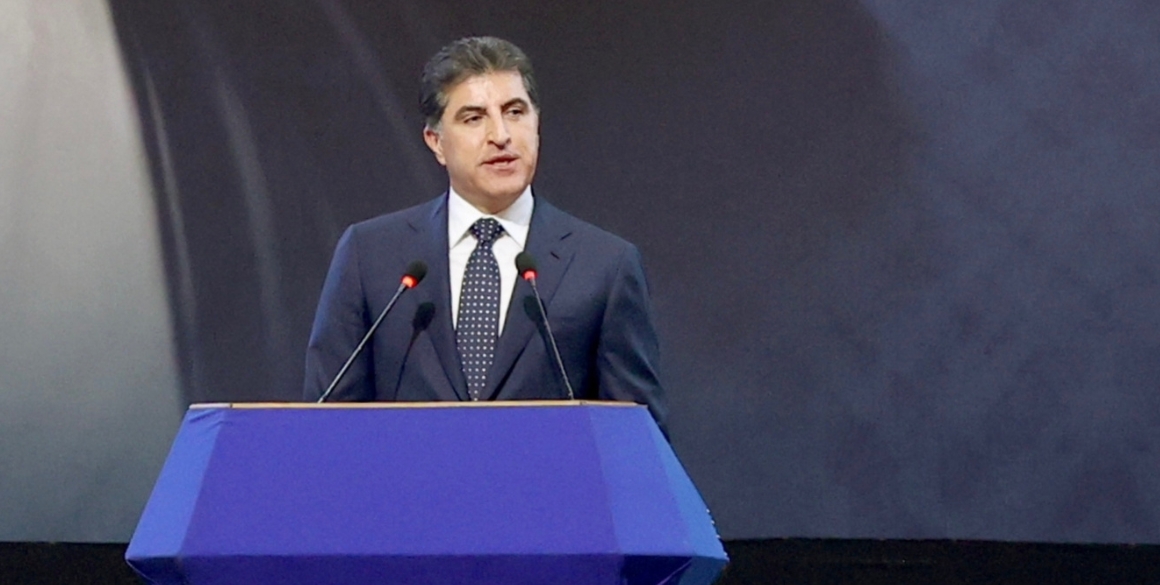 President Nechirvan Barzani participated in the Martyr of Nation Day ceremony in Baghdad on January 21, commemorating the 20th anniversary of the martyrdom of Ayatollah Mohammed Baqir Al-Hakim. Iraq’s President, Mr. Latif Rashid, the Speaker of the Council of Representatives of Iraq, Mr. Muhammad Al-Halbousi, Prime Minister of Iraq, Mr. Muhammad Shia’ Al-Sudani and a large number of government and party officials along with representatives of foreign countries attended the ceremony.

This is his full speech.

The meeting discussed the latest developments in Iraq and the ways to further strengthen coordination and cooperation between the Kurdistan Regional Government and the Federal Government of Iraq. The meeting also discussed joint works between the two sides, especially in the field of oil and gas law, the Iraqi budget and border protection efforts.

In another meeting the President met with the United States Ambassador to Iraq Ms. Alina Romanowski at the US Embassy in Baghdad on the same day.

The meeting discussed Erbil-Baghdad relations and the latest developments in the talks between the Iraqi Federal Government and the Kurdistan Regional Government to resolve the outstanding issues between the two sides. In this context, both sides stressed the importance of resolving the issues for Iraq and the Kurdistan Region and agreed that the resolution of the disagreements will contribute to stability in Iraq and the wider region.