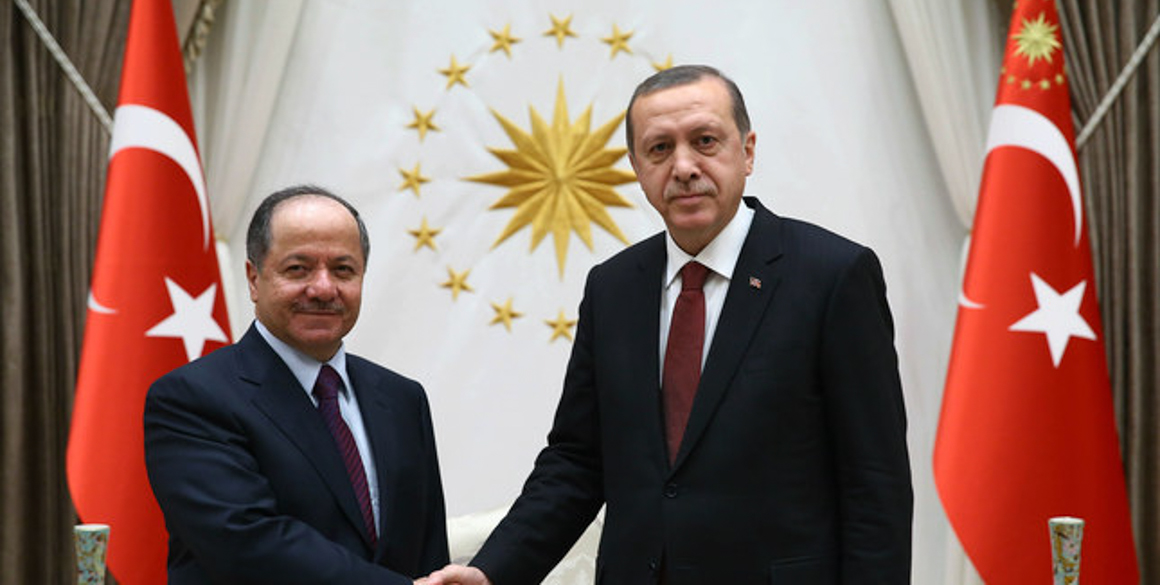 As part of President Masoud Barzani’s visit to Turkey, he was received by Mr. Recep Tayyip Erdogan, the President of Turkey. During the meeting President Barzani and President Erdogan discussed the latest developments in Iraq and in Kurdistan insofar as the war against the terrorists of the Islamic State is concerned. Presidents Barzani and Erdogan stressed on the importance of continuing and strengthening the coordination between the allies against the terrorists.

President Barzani also discussed the Kurdish issue in Turkey with President Erdogan and reiterated his stance of peace being the only solution for all parties involved. President Barzani stated that neither the Kurds nor the state of Turkey would benefit from attempting to violently resolving the issues.

During President Barzani’s series of meeting with Turkish officials, he also met with Mr. Ahmet Davutogu, the Prime minister of Turkey.