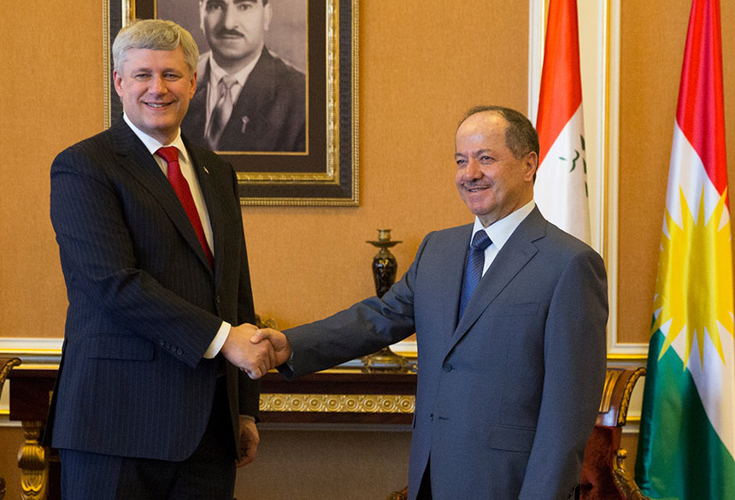 President Barzani expressed his gratitude for the role Canada is playing in the current war against the Islamic State terrorist organization IS.

Moreover, President Barzani took on the opportunity to express his condolences to the Prime Minister for the loss of Sgt. Andrew Doiron, who lost his life due to an unfortunate friendly fire incident by the Peshmerga forces in March.