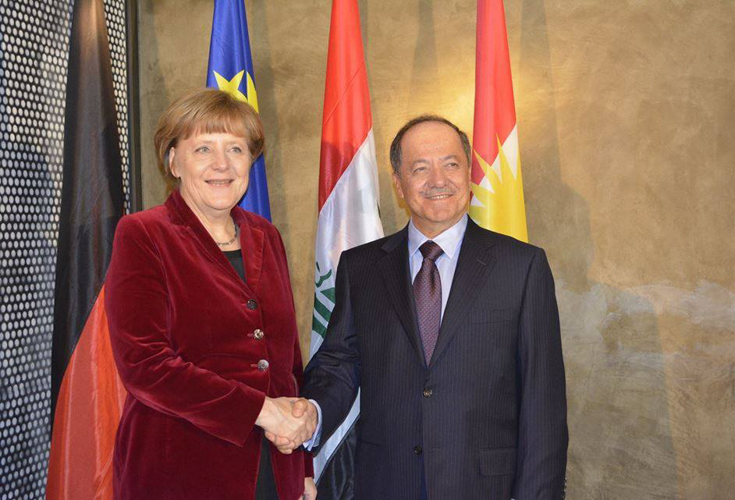 On Friday, the President and an accompanying KRG delegation attended the opening ceremony of the Conference and then held bilateral meetings with Austrian Foreign Minister Sebastian Kurz, Croatian Foreign Minister Vesna Pusic, and former US Secretary of State Madeleine Albright. On the sidelines of the Conference, the President also took part in a roundtable discussion attended by a number of US and European politicians and officials. In this consultation, President Barzani talked about the fighting against IS and the need for more support for the peshmerga forces. He also discussed the plight of hundreds of thousands of refugees and IDPs who have fled to Kurdistan in recent months and years.

Both German Chancellor Merkel and Defense Minister Ursula von der Leyen commended the advances made by the peshmerga forces and reiterated that Germany would send further supplies to Kurdistan for the peshmerga.

The President also participated in a panel on the fight against IS terrorism and the situation of IDPS in Kurdistan. He thanked the international community for its support for the peshmerga forces but added that more military aid is severely needed.