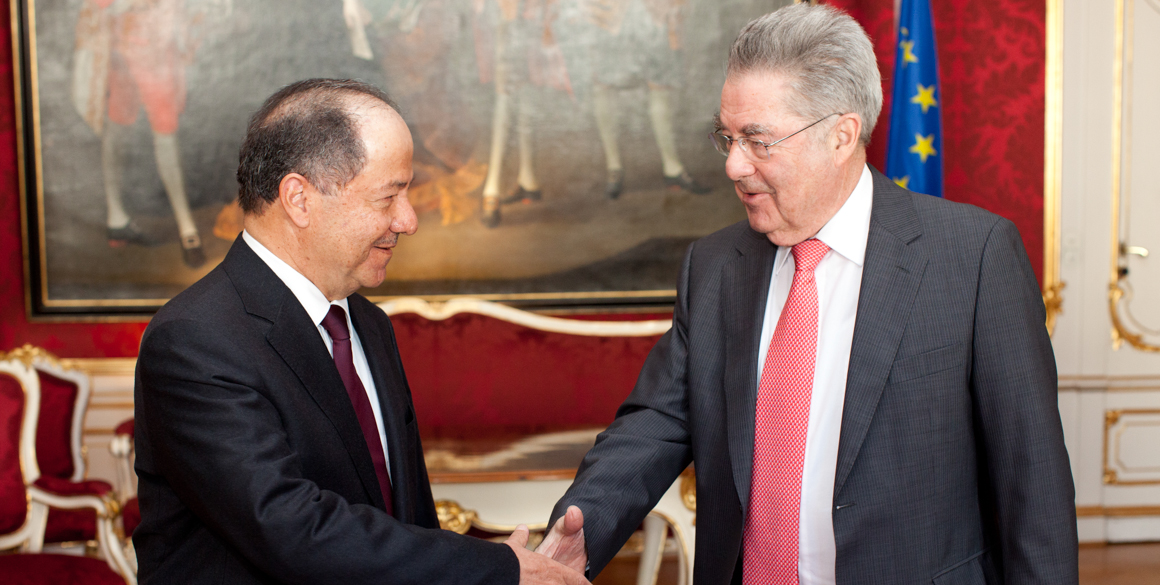 The two presidents discussed the current situation in Iraq and the region, particularly the ongoing fight of the peshmerga forces against the terrorists of the so-called Islamic State (IS), and the recent visit of Austrian Foreign Minister Sebastian Kurz to Erbil.

President Fischer expressed Austria’s solidarity to the Kurdistan Region for its fight against the extremists, and for providing shelter and assistance to the more than 1.6 million refugees and IDPs. President Barzani thanked President Fischer for the quick provision of humanitarian support during the current crisis. Moreover, he underlined how important the relations to Austria are for the Kurdistan Region.

The two presidents had most recently met during a visit of President Barzani to Vienna in June 2014.