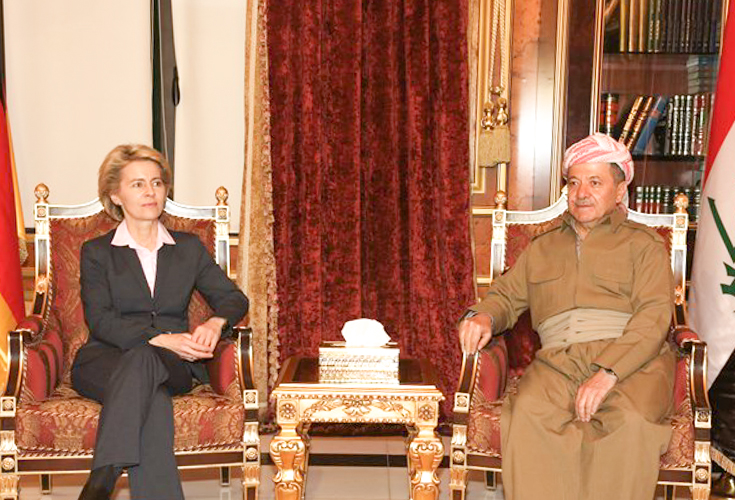 In a meeting with President Barzani and the military leadership of the KRG, the German Defense Minister, who was accompanied by a number of security advisors and German members of parliament, reiterated her country’s commitment to stand by the people of Kurdistan in the fight against IS terrorists and commended the role of the Peshmerga forces. She stated “we have a lot of respect for the Peshmerga, they are not only fighting for their country, they are fighting for us all.” She added that it was her utmost concern that Germany continues to help the KRG by providing weapons and military training to the Peshmerga forces.

President Barzani thanked the German people and government for their decision to support the KRG and stated that the people of Kurdistan are deeply grateful for Germany’s assistance. He said that the military aid from Germany has been very effective, and added that with the assistance provided by Germany and other countries, the Peshmerga forces now have the upper hand and will continue to push back the IS terrorists.