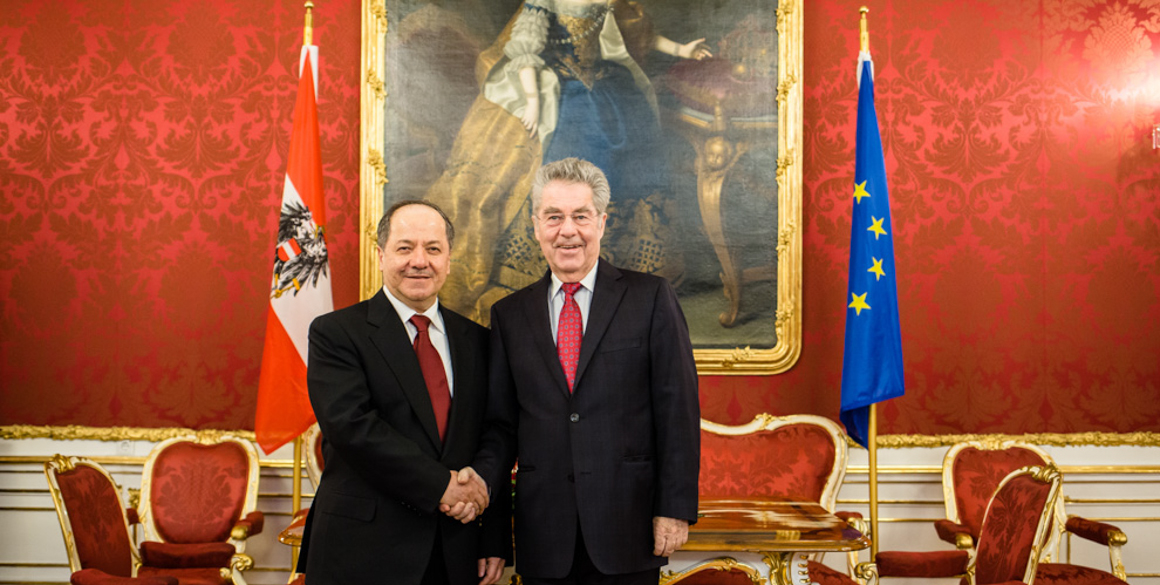 President Fischer and President Barzani exchanged their views about
the current situation in the Kurdistan Region, as well as its relations with the federal government in Baghdad. They further discussed the Syrian conflict and its humanitarian implications for the Kurdistan Region. President Fischer also informed President Barzani about the formation of the new Austrian government, and provided an overview of the latest political developments within Austria and the European Union.

The meeting, which was characterized by a very cordial atmosphere, was also attended by Minister Falah Mustafa, Head of the KRG Department of Foreign Relations, Dr. Surood Najib, Iraqi Ambassador to Austria, and Dr. Mustafa Ramazan, KRG Representative to Austria.