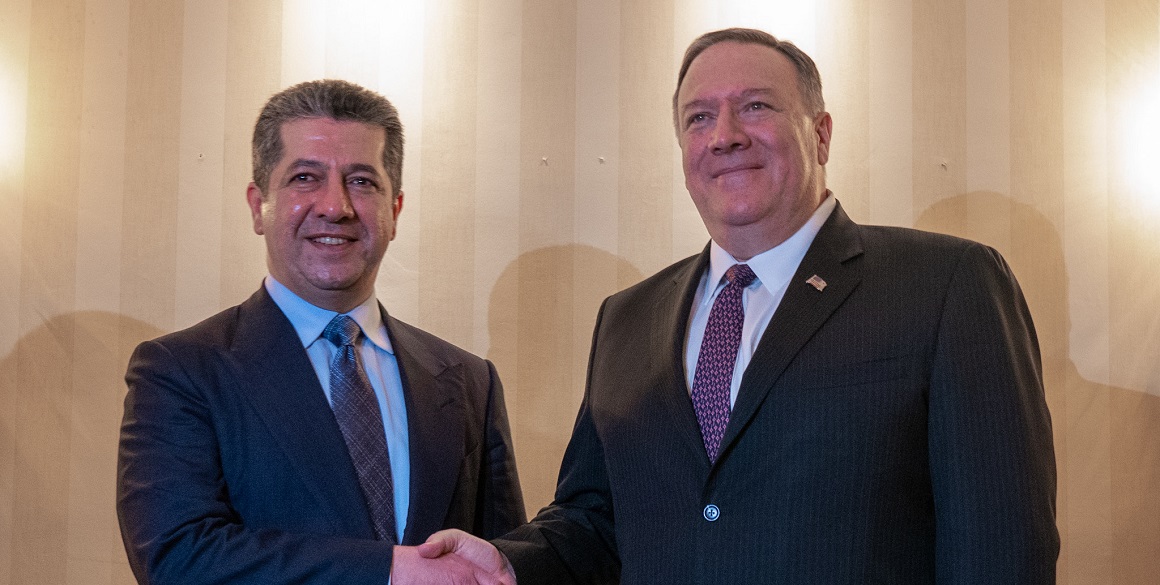 A very productive and encouraging weekend at @MunSecConf. We have made significant progress with our global partners on issues of trade, energy and security, and look forward to further dialogue in the months ahead.#StrongerKurdistan#MSC2020 pic.twitter.com/BHAOIaAQV0

Throughout the two days of meetings, a commonly discussed priority was the ongoing support provided by the United States and other allies in maintaining the Global Coalition’s fight against ISIS. Prime Minister Barzani underlined the historic and ongoing sacrifices the Peshmerga have made in the fight against ISIS. He thanked foreign leaders and politicians for their support in the battle against terrorist forces, while continuing to stress that no-one should assume the fight is over, as a serious threat of resurgence remains in Iraq and Syria. The Prime Minister stressed indeed that the recent changes to ISIS’ leadership have not reduced the threat posed by the terrorists. Following his meeting with the Prime Minister, Secretary Esper commented: “I reaffirmed the US commitment to our defence relationship and recognized the KRG as a reliable, capable partner in our effort to ensure the lasting defeat of ISIS.”

Prime Minister Barzani also took the opportunity to update leading international foreign and security policymakers on the ambitious reform programme that the Kurdistan Regional Government is undertaking. To defeat terrorism in the long-term, regional states must implement social and economic changes. The KRG is leading the way with a range of reforms, to be a model for Iraq and the whole region in terms of economic opportunity, social reform, stability and security. During their meeting, Secretary Brouillette praised the Prime Minister’s leadership, describing economic progress in the Kurdistan Region as “a miracle”. Prime Minister Barzani also underlined the many economic opportunities for investment available in the Kurdistan Region, and welcomed further cooperation on energy issues, as well as further international financial and technical assistance for the KRG’s reform programme. The Prime Minister seized the occasion to call for stronger trade links with Kurdistan and greater assistance in looking after internally displaced peoples. He highlighted Kurdistan’s desire to develop stronger international trading relations while also mentioning the growing investment opportunities for regional and overseas businesses within the Kurdistan Region.

Another day of wide-ranging discussions at #MSC2020 with friends and partners from around the world, covering trade and investment, joint efforts on security, and the importance of working together towards lasting political settlements. pic.twitter.com/1B8wPyRw79

Very constructive meetings today at #MSC2020 with some of our most important international partners, who are listening to what we have to say about our collective challenges. I welcome their ongoing support and look forward to continued dialogue. pic.twitter.com/7MNopUumnk

Read about the Prime Minister’s single meetings with Secretaries and Ministers: