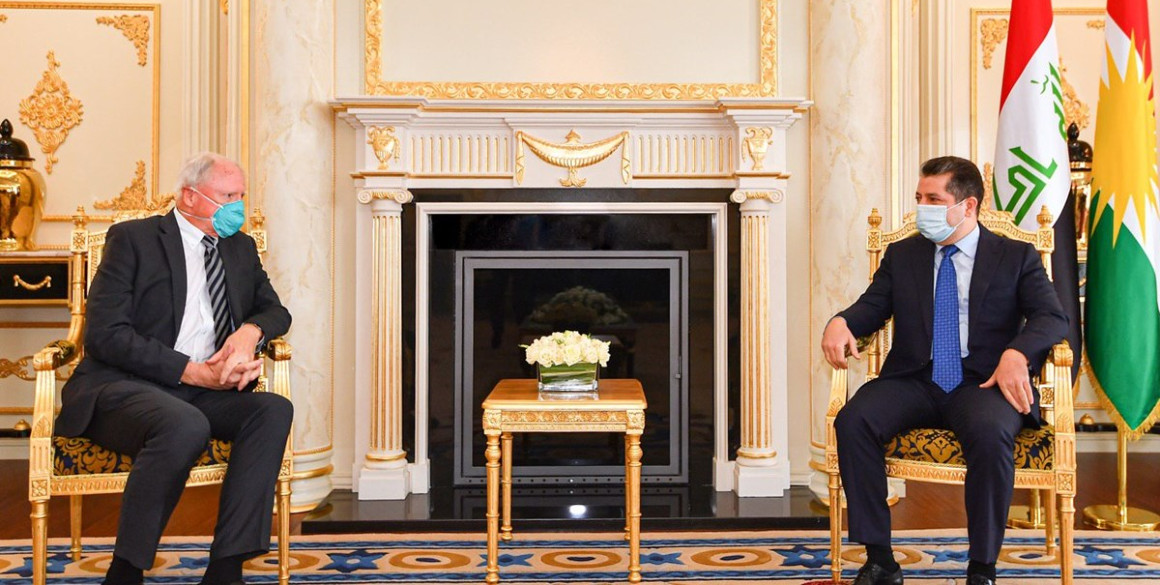 Prime Minister Masrour Barzani met US Special Representative for Syria Engagement and the Special Envoy to the Global Coalition to Defeat ISIS, Ambassador James Jeffrey, to discuss security developments in the region.

While addressing recent developments in Iraq and Syria, the two officials highlighted the importance of a stronger coordinated response between Peshmerga and Iraqi security forces to the ongoing threat of ISIS in the region. Prime Minister Barzani recognised the US support to the Kurdistan Region.

Prime Minister Barzani also updated Ambassador Jeffrey on the ongoing dialogue with the federal government in Baghdad as both sides work to reach a lasting solution to political disagreements within the framework of the Iraqi constitution. He noted that talks include securing greater cooperation between Peshmerga forces and the Iraqi Army, notably in disputed territories where general security threats are most acutely felt.

During the exchange, Prime Minister Barzani expressed serious concerns at the continued implementation of Arabisation policies targeting indigenous Kurds and their properties in disputed areas. The Prime Minister stressed that these conditions threaten the peace and stability of the region.

Recognising the important and strategic place the Kurdistan Region holds in the Middle East, as a partner to the international community, Ambassador Jeffrey reaffirmed the US commitment in its support. Pointing to the Kurdistan Regional Government’s help in managing relations with Kurdish groups in Syria, Ambassador Jeffrey acknowledged the leadership of former President Masoud Barzani and the government’s role in bringing Syrian Kurdish forces closer together as the country strives to reach a political solution to the conflict.