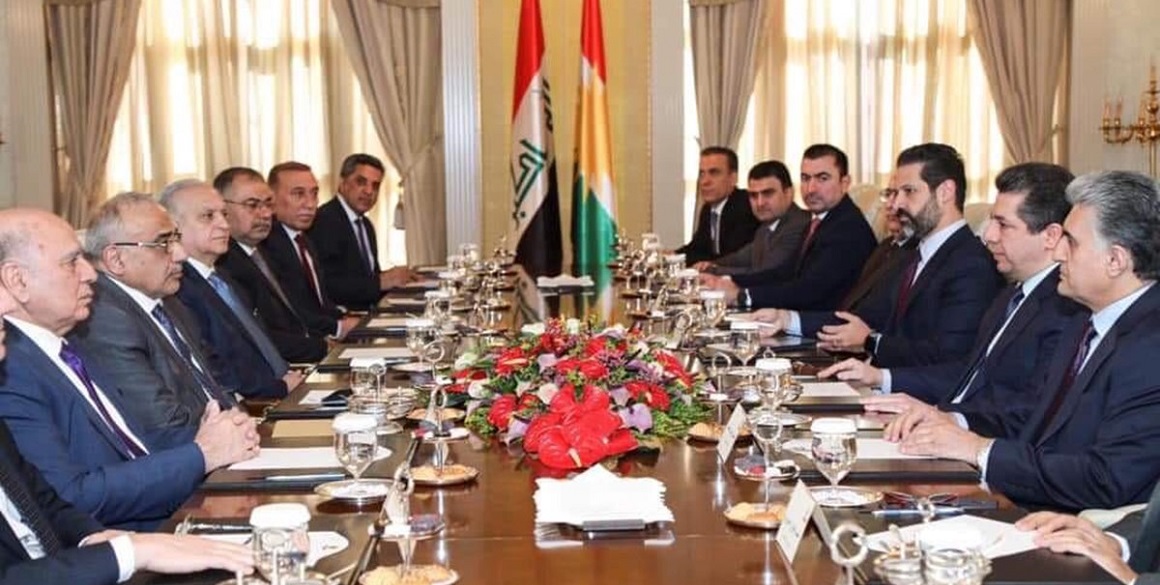 During the meeting, both sides highlighted the need to de-escalate tensions in the region and prevent Iraq from becoming a battlefield for external conflicts. They agreed that Iraq should maintain a balanced relationship with all countries.

Both Prime Ministers emphasised the importance of developing a stronger and mutually beneficial relationship between Erbil and Baghdad.

They agreed on the importance of resolving disputes through constructive dialogue, and reaffirmed their commitment to implement the agreements already reached between the Kurdistan Regional Government and the federal government of Iraq, which will benefit all Iraqis.

Prime Minister Barzani and Prime Minister Abdul-Mahdi also discussed how to combat the growing threat posed by ISIS. They agreed to strengthen cooperation and coordination between Peshmerga forces and Iraqi Security Forces.

Prime Minister Barzani stressed the importance of the Global Coalition’s continued support, as its ongoing presence in Iraq will help to prevent ISIS’ re-emergence.