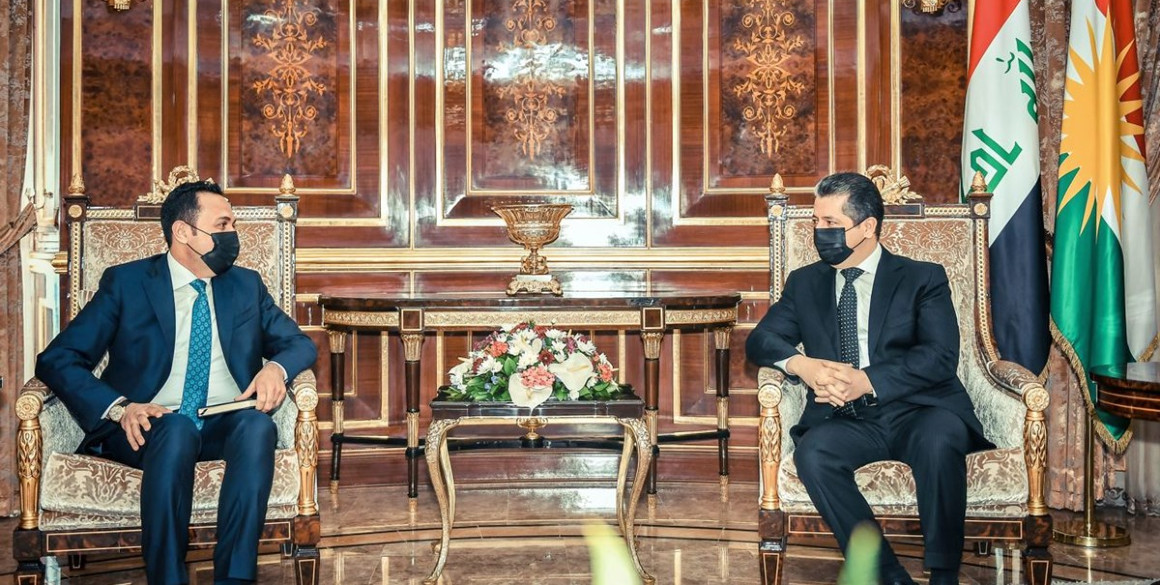 Prime Minister Masrour Barzani met with Omed Khoshnaw, the new Governor of Erbil, to congratulate him on his recent appointment.

The two officials discussed the challenges and responsibilities the governor will face in his new role, and how they can cooperate to further develop the province and its economy. The Prime Minister reiterated his support for the Governor of Erbil and expressed full confidence in the carrying out of his duties and in faithfully serving the citizens of Erbil Province, especially the most vulnerable.

The governor of Erbil thanked the Prime Minister for his support and assured he will tirelessly work to earn the trust and meet the expectations of the people to revitalize the province and promote progress.