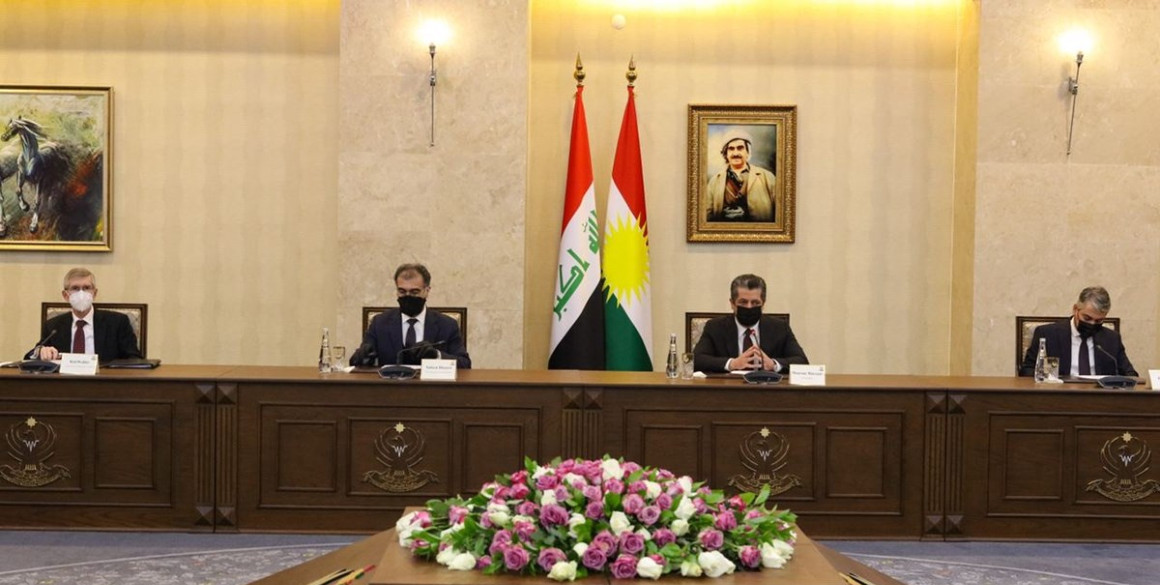 Prime Minister Masrour Barzani met with the consuls, foreign heads of mission, representatives, and diplomats based in the Kurdistan Region to discuss the situation in Iraq, the progress of the ninth cabinet’s reform plan, and relations between the Kurdistan Region and the Federal Government.

The Prime Minister highlighted the Kurdistan Region’s ongoing efforts to have a positive working relationship with the Federal Government and to resolve fundamental issues on the basis of the constitution. He underscored Erbil has fulfilled all its commitments toward Baghdad to open the path to an agreement that is in the interest of all Iraqi citizens. He stressed that the issue of public salaries should neither be politicized nor used as a means of coercion against the Kurdistan Region by harming public service employees.

Prime Minister Barzani also provided an update on the government’s efforts to diversify the Kurdistan Region’s economy, expand its sources of income, reduce expenditures, reorganize its tax system, and facilitate processes for foreign and local investors.