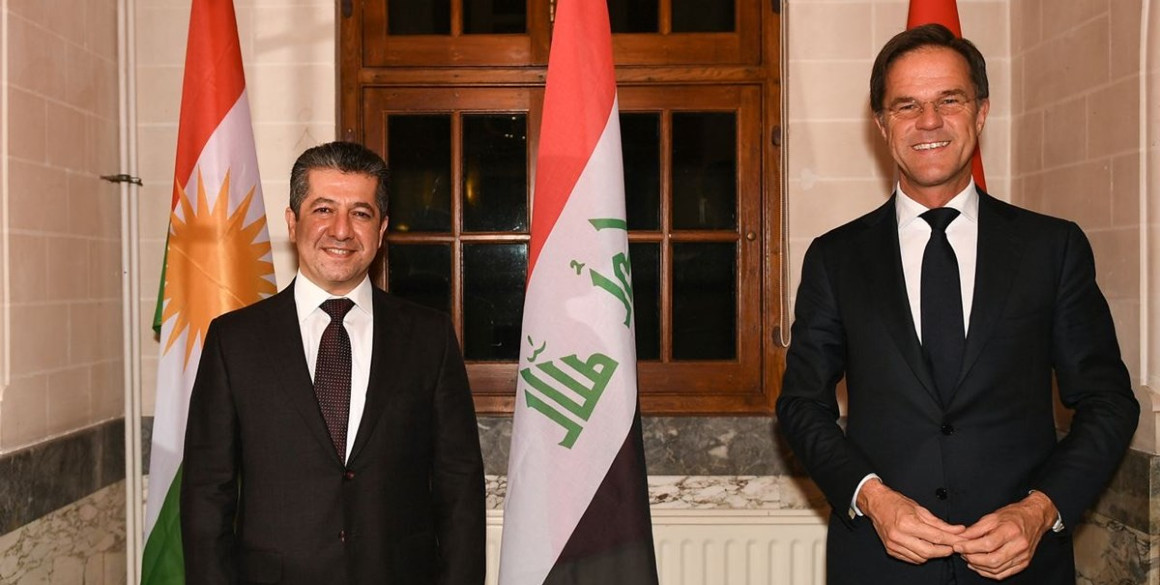 As the first stop on his European tour, Prime Minister Barzani visited his counterpart in The Hague and spoke of the importance of further developing trade relations between the two nations.

The Prime Minister also highlighted the importance of peace and stability in Iraq, stressing the need for a fair and constitutional resolution to ongoing disputes with the federal government to address grievances of minorities in the country.

Prime Minister Rutte expressed his country’s readiness to support the Kurdistan Region in its efforts to grow and diversify its economy. He also added that the Netherlands will continue to give support to the Peshmerga forces in the fight against terrorism.