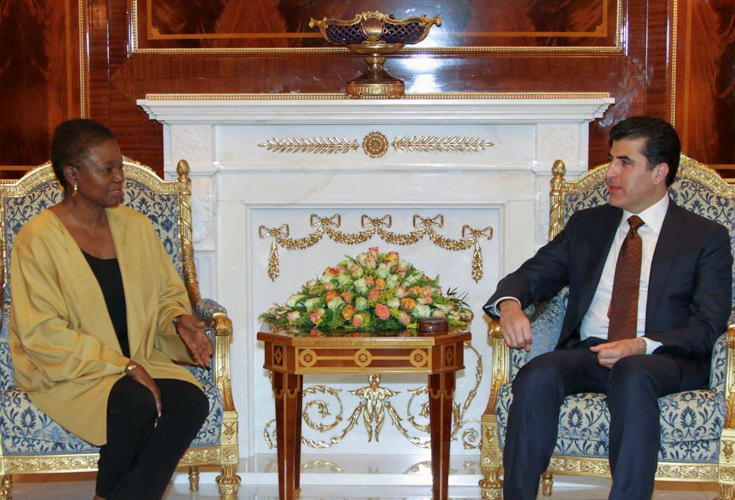 The Under-Secretary-General and her accompanying delegation presented a summary of views and feedback regarding the humanitarian situation and the most important issues following their visit to camps for Iraq’s internally displaced people and Syrian refugees. Ms Amos conveyed the commendation of the United Nations and the international community for the efforts of the KRG in accommodating the displaced and providing for their needs despite limited capacity and the massive influx of people.

The delegation discussed a number of issues in the camps, including educational and health needs and fears that the number of displaced people and refugees could increase. Under-Secretary-General Amos reiterated her call for more assistance to be provided to the KRG from the international community, donor countries, and Iraq’s Federal Government to better meet the needs of the displaced.

Prime Minister Barzani noted that the KRG had opened its doors to displaced families and refugees from the beginning of this crisis, despite limited capacity, and have thus far managed to provide for their basic needs with help from the international community. The

Prime Minister explained that the current situation and the needs of the displaced are well beyond his government’s capacity, particularly because the Region faces an economic crisis. This crisis has been caused by the Iraqi Government’s decision to withhold the KRG’s share of the federal budget for many months. The Prime Minister called upon the United Nations, the international community, and the Iraqi Government to fulfill their humanitarian responsibilities in assisting displaced families.