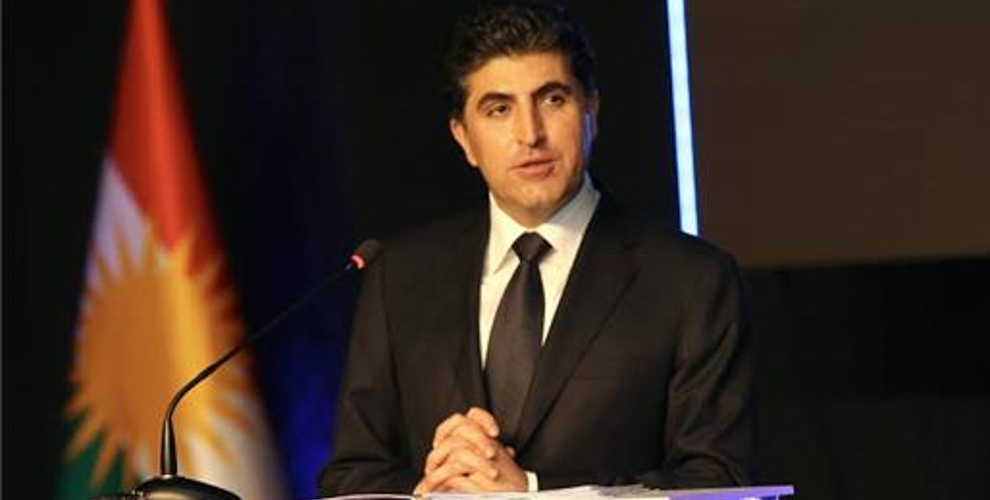 It is time for our country to take stock. As your Prime Minister I want to explain what has happened over the last week, and what we need to do next.

In recent days peaceful and legitimate frustrations were hijacked by narrow political interests. These irresponsible and unaccountable hands attempted to tear the fabric of the Kurdistan Region.
Unfortunately, this has led to anger among a small group of people. But the resolve of the responsible and moderate majority has won out. Because we are going through a difficult political time, it is not surprising that some people felt they have to make their voice heard.

What is to our satisfaction is that the absolute majority of our people in the Kurdistan Region repeated the message of patience. In our recent and distant past we have been through far bigger challenges. I believe if our miseries would happen to any other nation they would have crippled them. We are still continuing in our march of resilience.

I want to be frank about the events of the last week. Expressing views through peaceful demonstrations is a fundamental right of our citizens and an important part of the Region’s democracy. But like every citizen and responsible leader, I was saddened by the events in Qaladzê, Kalar and other cities. I express my sincere condolences to the families of all those killed and hope for quick recovery for the injured, people who came under illegitimate attacks. These kind of acts divide our people and make our enemies – who publicly congratulate themselves – and the irresponsible people, happier.

But I clearly see that citizens and responsible leaders are saying that we need to deal wisely with this sensitive situation. Provocations, whoever or wherever they come from, should not lead to extremism. I thank Peshmerga commanders, NGOs and religious leaders who call for the protection of stability and security of the Kurdistan Region. I also thank those people who abstain from participating in those media and social network campaigns which further divide the people. But we cannot forget those forces and interests that are starting fires in our shared home for their own short-term benefits.

During the formation of this Cabinet, I worked hard with utter conviction to strengthen our unity within the framework of shared government. Unfortunately, those who talked about strengthening and protecting democracy and a stable responsible four-year governance have deviated from our shared agreement. Some took the instability to extreme limits of irresponsibility by spreading news that were baseless and far from true. As you know, the instability and the illegitimate attacks forced me to ask four ministers to leave the government. In fact, we had very good cooperation with the ministers themselves, but the behaviour of their leadership constantly undermined the KRG. As Prime Minister, it was not possible to abstain from that decision.

I know and understand that people are frustrated with politicians spending too much time on the details of the Region’s Presidency – on politics instead of governing. Some say we should agree on all details, some say let citizens decide. We are all unhappy about this situation.

Our party will do its utmost to find the right solutions to this, but not any solution that will take us from one crisis to another. I firmly believe that our citizens must decide on the issue of the Presidency through their voices. This is our fundamental right. If not, we will in fact give the power of decision to people the nation cannot hold accountable.

Like you, I also believe that the people of the Kurdistan Region want a strong leadership. Strength not in the sense of pretending that there are no problems. Neither in the sense of finding problems everywhere without identifying suitable and constructive solutions. Strength means having the courage and confidence to recognise your problems, face them, and take action to tackle them.

We know that our loyal public employees were not able to receive the legitimate salaries for months. We have been working hard to provide Kurdistan with the resources it needs, despite all of the external challenges.

My mission as the Prime Minister is to make the Kurdistan Region economically independent, so that way we can stand on our own two feet. Some politicians were trying to make this journey harder, but we will get there despite their efforts to create roadblocks for our progress.

In this sensitive time, we need a stable and effective government to deliver the serious day-to-day needs of our citizens. In the coming weeks I will be announcing our priorities for the second phase of this government. I will not give up on creating a better union.

The vigilance and sacrifices of the Peshmerga, Asayish, Police and other security forces are for a brighter future without ideological, partisan, local, social or religious regards. They protect Kurdistan with all its elements.

Like most the people of this beloved land I know that our common interests are greater than small differences. We share a history of struggle and sacrifices. Our bright future is stronger than the desire of our enemies.

Let us all use today’s hard conditions to create a shared brighter future for ourselves and our next generations.

From the bottom of heart I thank you all for you resilience.