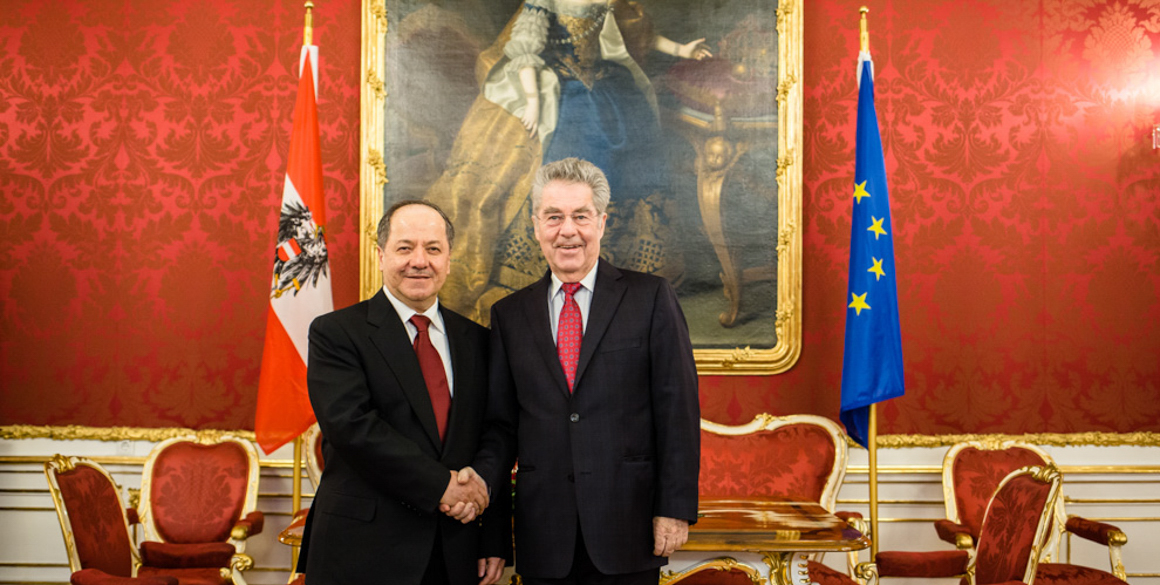 The organization of delegation trips to Kurdistan, or from Kurdistan to Austria is one of the main responsibilities of the Kurdistan Regional Government Representation in Austria.

A look back at the past five years shows a variety of different delegation trips to Kurdistan, through which Austrian political, economic and religious representatives were able to get to know the region on the spot. The Austrian Foreign Minister Sebastian Kurz visited the region twice, while a high level delegation of Austrian members of parliament visited Kurdistan in 2015. Cardinal Schönborn visited the Kurdistan Region in 2016 as well and particularly met with the local Christian communities.

On the other hand, we were honored to receive delegations from the Kurdistan Region in Austria as well, particularly President Masoud Barzani, who met with Austrian President Dr. Heinz Fischer on multiple occasions. Moreover, ministers from the Kurdistan Regional Government, such as the head of the Department for Foreign Relations Falah Mustafa who was welcomed in Austria by Foreign Minister Sebastian Kurz.

January 2015: EU delegation travels to Kurdistan to gain an insight into the refugee situation